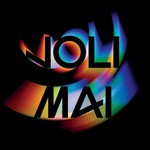 "At once a relatively pragmatic re-release of already heard material and the satisfying conclusion to its previous flirtations, 'Joli Mai' is a hybrid: part-album, part DJ-toolbox - and totally playable, in any context."
- Clash

Joli Mai features extended, uncut versions of many tracks that were slipped into that set.