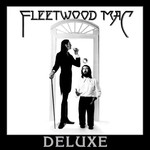 This version is the original album with newly remastered sound.