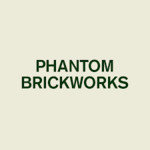 Phantom Brickworks represents a hard turn in Bibio's ever-evolving sound. His earliest releases, while hardly traditional, generally fit into the time-tested "pastoral songcraft with electronically-processed instrumentation and a touch of field recordings" mold-one of his earliest boosters was Boards of Canada's Marcus Eoin, and it's easy to hear why. The work, varied in mood but uniformly excellent, was full of subdued emotion, but there was a crackling tension to it, as if Wilkinson couldn't quite find the way to release those emotions. Later albums saw him leaning towards a poppier style: last year's A Mineral Love, which saw him opting for a sun-dappled, wiggley R&B sound, was far from his heaviest release, yet it was a reflexively appealing addition to his discography. But Phantom Brickworks is a different album entirely-it's a serious-minded foray into billowing ambience, drenched in atmosphere and bristling with texture.

Consisting mainly of improvised compositions, the album's theme is one of lush minimalism. Layers of whispering synths, some in muted orchestral shadings and others humming with electricity, ebb and flow. On opener "9:13" those synths delineate a hushed circular melody; on "Capel Celyn," they affect a spectral choral chant; "Ivy Charcoal" feels like an aching recollection of a lost love, captured as the memory fades into the either. Many of the songs also incorporate meditative piano work. Sometimes it comes in the form of a skeletal lullaby-esque melody line, as on "Phantom Brickworks II," or it can be rich and elegant, as on "Branch Line."

There's a widescreen vibe to these tracks; with their patient, sometimes nearly imperceptible cycles of accretion and subsidence, they feel as much like landscapes as they do music. But they're vistas that have been internalized and made personal, and that process-along with the calm majesty of the songs-is the source of Phantom Brickworks emotional sweep. Perhaps Wilkinson's assessment of the album as "a mental portal into places and times" isn't so highfalutin after all-it may be the best way to describe this expressive set of tunes. (Bruce Tantum, xlr8r)