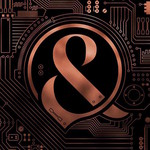 $29.00 In stock with supplier
ETA: 2-5 business days add to cart more by this artist

Selling over 825,000 records in the US alone, Of Mice & Men have become a household name in the rock and metal communities.
They've shared the stage with the likes of Slipknot, Marilyn Manson, Linkin Park, In This Moment and more, and have played sold out tours and festivals around the globe. They have graced the covers of several magazines, including Revolver, Alternative Press, Rock Sound and Kerrang!, and have reached top 5 in the Billboard Top 200 charts. With four full-length albums under their belts, Of Mice & Men are ready to present Defy.
Returning to legendary producer, Howard Benson (My Chemical Romance, Papa Roach, P.O.D.), Defy delivers a new era of Of Mice & Men. These songs are fast, heavy and undoubtedly the band's strongest work to date. This album is sure to exceed the expectations of existing fans, while also drawing in excited new listeners.
If you thought you knew Of Mice & Men before, think again. They're back full throttle and there is no stopping them. Get ready for Defy.