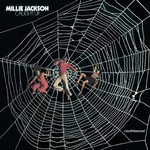 One of soul music's great female voices, Millie Jackson's reputation was made by the release of Caught Up and Still Caught Up, released in 1974 and 1975.

Jackson shows both brains and soul on this fine release, creating what might be the only concept album one can dance and drink to." 4.5/5 AllMusic