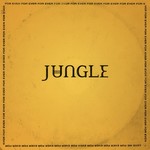 Towards the end of 2013 Jungle burst onto the scene with their first two singles: "The Heat" and "Platoon". Appearing out of nowhere and propelled by feverish word of mouth online and IRL, Jungle would transform over the next few years from an anonymous production duo to a kaleidoscopic, personality-filled seven piece live band built around the core duo of Josh Lloyd-Watson and Tom McFarland, whose debut album (2014's self-titled Jungle) was one of the year's defining debut records; one that would end up nominated for the UK's Mercury Music Prize and go on to sell over half a million copies.

Jungle have now returned with For Ever, which was recorded in London and Los Angeles; Josh and Tom describe it as "a post-apocalyptic radio station playing break up songs". If Jungle's first album was their imaginary soundtrack to the places they had never been, their new record captures the landscapes they had so often dreamed of.

Swapping Shepherds Bush for the Hollywood Hills, Josh and Tom set up camp in Los Angeles to write and record the album. Over time, however, their romanticisation of The Californian Dream clashed with the reality of actually living it; the feeling of being adrift on the West Coast compounded by the collapse of long-term relationships. Returning home to London and teaming up with highly regarded young producer Inflo, they sought to create a "post-apocalyptic radio station playing break up songs". That station, those songs and that journey are the sound of Jungle's second album.