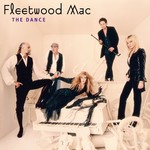 The beloved incarnation's first together since 1987's Tango In The Night and the band's first No. 1 since 1982's Mirage, the 5x platinum affair features compelling new versions of classic material like "The Chain," "Go Your Own Way," "Landslide," "Rhiannon," "Dreams" and "Silver Springs" alongside fine new additions such as "Bleed to Love Her," "Temporary One" and "Sweet Girl."

The Dance ultimately became the fifth best-selling live album of all time in the US.