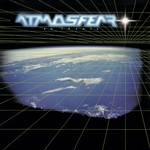 Originally released in 1981 via Elite / MCA records, 'En Trance' is a joyous album that arguably represents the pinnacle of the Brit-funk sound.

The band's most notable track 'Dancing in Outer Space' - included here on the CD version as a bonus - is a certified classic. It was a chart hit in the UK and was also championed Stateside in clubs such as the mythic 'Paradise Garage' and 'The Loft' by the likes of Larry Levan and David Mancuso. An instantly recognisable anthem that is just as fresh today as it was when it was first released.

The album captures the excitement of these exceptional players demonstrating utmost originality in the studio.