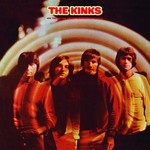 The band's sixth studio album was originally issued in November '68 and would be the last album by the original line-up (bass player Pete Quaife departed in early 1969). Describin the album today, Davies says it's about "the ending of a time personally for me in my life. In my imaginary village. It's the end of our innocence, our youth. Some people are quite old but in the Village Green, you're never allowed to grow up. I feel the project itself as part of a life cycle."