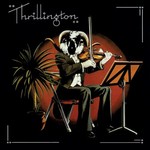 Digitally remastered edition. Recorded in 1971 but not released until 1977, Thrillington remains one of the most enigmatic entries in the storied McCartney discography. Credited to the pseudonym Percy "Thrills" Thrillington, a fictitious socialite whose activities were chronicled in UK newspaper ads, Thrillington was actually a fully reimagined instrumental lounge/jazz version of Paul and Linda McCartney's Ram.

The album was recorded in June 1971 - with McCartney as producer - and with an intended release shortly thereafter. Arranger Richard Anthony Hewson was asked to work on the orchestration before Ram had yet been released. When Paul and Linda decided to form Wings the album was shelved.