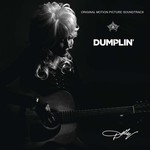 Dolly Parton and a host of all-star collaborators will release the soundtrack to the highly anticipated Netflix film, Dumplin'.

Dumplin' (Macdonald) is the teenage daughter of a former beauty queen (Aniston), who signs up for her mom's pageant as a protest that escalates when other contestants follow her footsteps, revolutionizing the pageant and their small Texas town. The film stars Macdonald (Bird Box, Patti Cake$) and Aniston (Upcoming Murder Mystery, Horrible Bosses, Marley and Me), in addition to Odeya Rush (Lady Bird, Goosebumps), Dove Cameron (Agents of S.H.I.E.L.D., Liv and Maddie, Descendants), and Harold Perrineau (Claws, Lost) and is
directed by Anne Fletcher (The Proposal, 27 Dresses).

Screenwriter Kristin Hahn wrote the adaptation of Julie Murphy's No. 1 New York Times bestselling novel of the same name. Producers include A Cota Films and 50 Degrees Entertainment Presentation - Michael Costigan (American Gangster, A Bigger Splash, Brokeback Mountain, Ghost in the Shell), Hahn (The Switch, Cake), Mohamed AlRafi (Above Suspicion, Lying and Stealing), and Trish Hofmann (Gringo, Get On Up). Executive producers are Aniston and Danny Nozell.