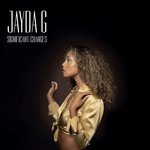 After building excitement for the past few years with a seemingly endless run of great EPs, Berlin-based Canadian producer Jayda G now comes through with her debut album, Significant Changes on Ninja Tune.
Significant Changes is anchored with the sort of ebullient dancefloor fillers on which Jayda G has made her name. A fair few of the cuts here invoke classic Moodymann in the way that they combine deep house, disco and funk with effortless cool. Anyone who enjoyed G's 2018 colla­boration with Alexa Dash will be pleased to see the latter show up for two guest features, and from the evidence of lead single Leave Room 2 Breathe the pair have come to tear the roof off the club. It's a tune that will have you feeling like it's 1988 in Chicago all over again.
The enhanced scale of a full-length also allows her to indulge her more contemplative side. While most of the cuts on Significant Changes are party-orientated rollers, a few of them also incorporate the evocative synths of Balearic house. The moments when these show up give the record a sense of wistful introspection. There are even a couple of numbers here where she allows the beats to melt away and leaves the listener with the kind of gentle, oceanic soundscapes that one finds in the work of Kaitlyn Aurelia Smith.
Significant Changes is a hugely impressive first LP from Jayda G - and one that may prove to be one of the best electronic music releases of 2019.

Juxtaposing the escape provided by club culture's immediacy with the harsh realities confronted in the lab, 'Significant Changes' sets a reality check to something danceable, but its success is wholly reliant on Jayda G's balanced presentation and steadfast commitment to both missions, tonal shifts like 'Orca's Reprise' providing chill-out wind-downs for the party while the club anthems provide some sorely needed release.
9 Exclaim!
… it's Jayda G's own vocal work that ultimately unites 'Significant Changes', accenting hooks with fizzy ad-libs, steering tunes with sprawling falsettos and resounding in the deep.
★★★★ The Guardian
'Significant Changes' is at once both ludicrously fun and inquisitive, knowing exactly when to fuse Jayda G's learnings and passions into music that's, quite clearly, full of heart and wisdom.
★★★★ NME
Jayda G's 'Significant Changes' balances melodic interludes and earthy dancefloor fillers with remarkable maturity for a debut album
★★★★ The Skinny
The Canadian DJ, producer, and environmental toxicologist bridges worlds on her debut album, weaving orcas' songs and conservationist messages into deep-diving tracks aimed at inclusive dancefloors.