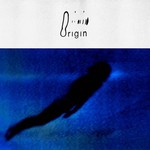 Soulful, intimate and expansive all at once, Jordan Rakei's third album, Origin cuts straight to the point, in every sense of the word. The melodies are brighter, the sound is bigger and the vision behind it more finely tuned.

Switching up from the highly personal and intimate portrait he painted with 2017's Wallflower, which was a way of grappling with his experience of anxiety and introversion, Origin is overtly inspired by dystopian visions of our future. With many of the album lyrics exploring technological growth and how it affects our sense of humanity.
On Origin, Rakei has scaled up his ambitions, and is more confident in the way he goes about achieving them. Making tracks that speak more confidently, in brighter colours, and which deal with something bigger than himself.

New Zealand born and Brisbane raised, Jordan settled in London in 2015 and quickly found himself in a network of like-minded individuals, forming friendships that have spawned many professional collaborations.

Jordan Rakei has stepped up to the plate since signing to Ninja Tune and releasing Wallflower in 2017, cementing his worldwide rep as a modern soul icon in the making.