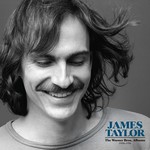 Between 1970 and 1976, James Taylor released six albums with Warner Bros. Records that became the foundation for his unparalleled career that includes five Grammy® Awards, induction into the Songwriters and Rock and Roll Halls of Fame, and more than 100 million records sold worldwide.

The collection offers up some spectacular deep cuts like his acoustic lullaby "You Can Close Your Eyes" from Mud Slide Slim and the Blue Horizon; the 10-minute song cycle that closes One Dog Man; "Rock 'n' Roll Music Is Now" from Walking Man, which features backing vocals by Paul and Linda McCartney; and "Don't Be Sad 'Cause Your Sun Is Down" from In the Pocket, a song Taylor wrote and recorded with Stevie Wonder.

Mud Slide Slim And The Blue Horizon (1971)
Love Has Brought Me Around
You've Got A Friend
Places In My Past
Riding On A Railroad
Soldiers
Mud Slide Slim
Hey Mister, That's Me Up On The Jukebox
You Can Close Your Eyes
Machine Gun Kelly
Long Ago And Far Away
Let Me Ride
Highway Song
Isn't It Nice To Be Home Again

One Man Dog (1972)
One Man Parade
Nobody But You
Chili Dog
Fool For You
Instrumental I
New Tune
Back On The Street Again
Don't Let Me Be Lonely Tonight
Woh, Don't You Know
One Morning In May
Instrumental II
Someone
Hymn
Fanfare
Little David
Mescalito
Dance
Jig