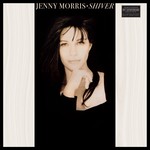 On 24 July 1989, New Zealand singer Jenny Morris released Shiver, the most commercially successful album of her solo career. Featuring singles including 'Saved Me' (a favourite of Prince, who Morris would support on European tour dates in 1990), 'She Has To Be Loved' (a top 3 NZ single) and the Paul Kelly-penned 'Street Of Love'.

To celebrate the 30th anniversary of Jenny Morris' second solo album, Shiver is now available on limited edition white vinyl - its first time pressed on LP since its initial release 30 years ago.

Three decades on, Shiver stands up as an impressive blend of finely crafted songwriting, rhythmic production and powerful vocal performances.