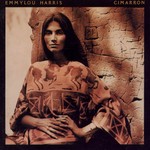 Cimarron was originally released in 1981. It features three top-ten country singles: "Born to Run" (not to be confused with the Bruce Springsteen song of the same name), "If I Needed You" (a duet with Don Williams), and "Tennessee Rose".

It was nominated for a Grammy in 1982 for Best Country Vocal Performance, Female.

A1. Rose of Cimarron
A2. Spanish Is a Loving Tongue
A3. If I Needed You
A4. Another Lonesome Morning
A5. The Last Cheater's Waltz
B1. Born to Run
B2. The Price You Pay
B3. Son of a Rotten Gambler
B4. Tennessee Waltz
B5. Tennessee Rose