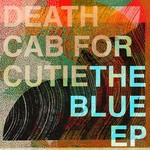 Along with all new tracks "Kids in '99" and "Blue Bloods" - produced by Peter Katis (The National, Interpol, Kurt Vile) - the EP also includes "To The Ground" and "Before The Bombs", produced by Rich Costey during the recording sessions for the band's critically acclaimed ninth studio album, Thank You for Today and held for this planned subsequent EP.

"Kids In 99" pays tribute to the 1999 Bellingham Pipeline explosion in Seattle, where three children died.

"The Olympic Pipeline explosion in 1999 was a tragedy that really affected me while we were living in Bellingham," Gibbard said in a statement. "After all these years I felt it was worthy of its own folk song."