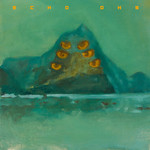 "We started because we wrote a song. We saw a VHS cassette in our lounge with a good title (good movie too) It was Million Dollar Hotel - so we wrote a song and named it the same thing. It was about the house we were living in and renting. Living in a damp piece of shit but how because it's your house/home with your life in it it's worth a million bucks. It's a bit cheesy but true" -Yolanda.

Their new release Wild Weeds is the much anticipated follow up to the band's 2017 debut album 'Hot Pockets'. A departure from the strictly DIY recording ethic informing "Pockets', 'Weeds' was recorded at Darren McShane's 24 track analogue 'Earwig Studios', offering a step up in production values and sonic 'heft', whist maintaining the hypnotic intensity of their live sound.