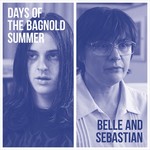 Belle And Sebastian
Days Of The Bagnold Summer

Days of the Bagnold Summer began life as a 2012 award-winning graphic novel by Joff Winterhart. It's since been turned into a feature film, the directorial debut of Simon Bird (The Inbetweeners, Friday Night Dinner), and comes accompanied by an original soundtrack album by Belle and Sebastian.

The album features eleven brand new Belle and Sebastian songs, as well as re-recorded versions of classics 'Get Me Away From Here I'm Dying', originally appearing on 1996's If You're Feeling Sinister, and 'I Know Where The Summer Goes', from 1998's This Is Just a Modern Rock Song EP.