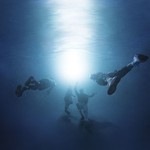 In the space of a few years, Drax Project has grown from being a music students' busking project into one of the hottest bands in New Zealand.

Beyond releasing the well received EP T/W/OO, playing festivals such as RnV, Homegrown, RnA, Soundsplash and Bay Dreams, plus opening for acts like Gorillaz Soundsystem, SBTRKT, Six60 and Brian McKnight, the band have had a run of sold out hometown towns.