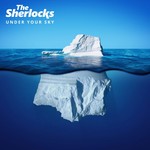 $29.00 In stock with supplier
ETA: 2-5 business days add to cart more by this artist

The Sherlocks
Under Your Sky

With their 2017 debut album 'Live For The Moment', Sheffield quartet The Sherlocks established themselves as key contenders in a new wave of British bands keeping alt-rock and indie vital for a new generation of fans.

While 'Live For The Moment' remains a scintillating insight into the hedonism and heartbreak of youth, 'Under Your Sky' finds frontman Kiaran Crook writing songs which bridge the exuberance of youth with the reflection and maturity of young adulthood.

For fans of Kings Of Leon, The Kooks and Arctic Monkeys.