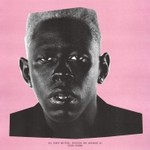 The album received widespread critical acclaim and became Tyler's first album to debut at number one on the US Billboard 200.