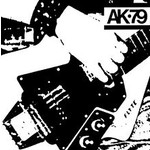 December 2019 marks the 40 year anniversary of an important record in NZ history; AK79. Within the grooves of this historical landmark compilation lies a connection to our musical whakapapa as New Zealanders and music lovers. A defining record, having captured a raw snapshot of the punk subculture in Auckland during the late 70s, the much-loved compilation is a living, breathing statement of what came before today.

Raw, unfiltered, shambolic madness. The vision to capture the scene began with Bryan Staff (Head of Ripper Records) who saw reason to capture the music coming out of the local punk venues of the time.

Originally released by Ripper Records in December 1979, bands that featured on the original pressing included The Swingers, The Scavengers, The Primmers, Proud Scum, Toy Love and The Terrorways. The abrasive and empowered response to the overindulgent progressive rock and glam rock music of the 70s, speaking out and saying something for the working class youth of today, in one of the most important times in New Zealand 'rock' history.

The original master was discarded in 1982, which only created a demand for this enigmatic record. Responding to the call, an expanded version of AK79 arose, released only on CD by Simon Grigg and Roger Shepherd as a joint release by Propeller Records and Flying Nun Records in 1993. This time there were some late additions, including tracks from The Suburban Reptiles, The Spelling Mistakes, The Features and The Marching Girls, along with additional tracks from the first pressing. This particular reissue was remastered and mixed by Grigg, and came bundled with additional liner notes by Grigg, Staff and The Terrorways' own Kerry Buchanan.

Forty years on from its initial release, the spirit of the record still packs a punch and the feeling captured in these recordings are as relevant as ever.