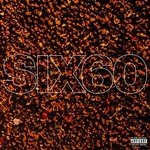 SIX60 remain one of the biggest New Zealand groups ever, and they quietly stand out as a global phenomenon. The musicians notably took home "Best Group" at the 2018 NZ Music Awards, among five other awards. They also made history by becoming "the first New Zealand Act to Sell 50,000 Tickets to a Show in Western Springs Stadium." Not to mention, they moved an unprecedented 1 million singles in New Zealand.