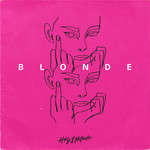 What can be described as a jazz, soul and hip-hop fusion project, Blonde came together over the wide expanse of the internet, in a back and forth exchange between the two artists during 2018. Following Haz's involvement on Miloux's earlier remix EPs, Haz provided Miloux with a folder of 35 beats and the rest was history. Miloux was instantly inspired, writing lyrics and melodies that poured quickly onto paper. The pair then recorded with prolific engineer Ben Lawson at Auckland's Red Bull Studios, with various instrumentalists including Frank Eliesa (Yokozuna, CHAII) and Guy Harrison (Avantdale Bowling Club) in what is now the first project of many to come from this dynamic duo.

Whether it's a solo intimate set or with a full band in tow, Miloux has been constantly praised for her powerful vocals and her passion for experimentation within the live and recorded music sphere. She has become a sought-after collaborator for Australasian producers, featuring on tracks from the likes of Chores, Benson, The Adults, Layla Kardan, Terace, and Yoko Zuna. This culmination of experience has gained her a strong following in the electronic realm.

Haz is the bastard child Of Minnie Ripperton and Mike Tyson. A sample nerd who can still DJ your cousin's wedding. His music is distinctively soulful yet always hopeful. He is widely known for his musical direction for Home Brew and Team Dynamite, as well as his production work for Diggy Dupe and Avantdale Bowling Club, and remixes for Aaradhna and Fat Freddy's Drop.