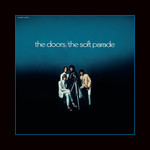 The Doors' fourth studio album, The Soft Parade, became the band's fourth straight Top Ten album when it was released 50 years ago.

Despite featuring one of the group's biggest hits - "Touch Me" - it remains the most-polarizing record of The Doors' career thanks to the brass and string arrangements that embellish several tracks.