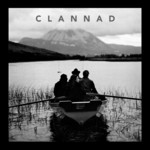 Clannad
In A Lifetime

This collection captures Clannad's incredible and enduring body of work which has, over 16 studio albums, created a legacy that's influenced a generation of fellow Irish musicians and artists.

The anthology will both delight and excite Clannad's enormous and loyal fanbase as well as introduce this legendary, influential and culturally important band to a whole new generation of music fans. Clannad (derived from the word clan meaning 'family' in Gaelic) was formed in 1970 by siblings Moya, Ciarán and Pól Brennan and their uncles Noel and Pádraig Duggan (who sadly passed away in 2016), and for a short time later became a six-piece with the addition of Enya Brennan who then went on to have her own successful solo career.