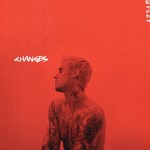 CHANGES is already receiving early buzz as "futuristic R&B/pop," "trap-soul jams," and "a new vocal plateau". He made radio history when his new single "Yummy" netted the highest number of official adds ever in the U.S in a debut week. The track has now surged to over 300 million streams globally.

Over the course of his career, Bieber has amassed over 50 billion streams and over 60 million album equivalent sales worldwide. Justin's Grammy Award®-winning 2015 album Purpose has sold over 21 million copies worldwide.

Side A:
All Around Me
Habitual
Come Around Me
Intentions

Side B:
Yummy
Available
Forever
Running Over

Side C:
Take It Out On Me
Second Emotion
Get Me
E.T.A.

Side D:
Changes
Confirmation
That's What Love Is
At Least For Now