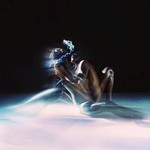 Co-produced by Justin Raisen (Ariel Pink, Charli XCX, Sky Ferreira) Safe in the Hands of Love comes off as slicker than its predecessor, less prone to rupture and seemingly more comfortable with its poppier impulses. There are even moments here which present as a kind of variation on the neo soul sound that has been turned murky and swampy at Tumor's Mephistophelian hand.
Heaven to a Tortured Mind finds Yves Tumor growing into his position as an outsider pop star. Offering up a dozen pieces of vivid avant-pop.The result is a beautiful, forthright album from a supremely unique talent.

"Kicking off the rather mysterious US alt-pop artist's new record, Heaven to a Tortured Mind (out in April and unmissably brilliant), is this anthemic track that ties together a number of its touchstones. The squalling brass fanfares announce the maximally sensual multitracking, while the vocals suggest the delicate lasciviousness of Prince done like a yowling cock-rock star, maybe with a touch of Andre 3000 in She Lives in My Lap mode. But Tumor is one of those artists who you, ultimately, can't pin down - as unclassifiable as the horned beast they strut around as in the song's video - and that remains all too rare in a music industry given to parcelling up rather than unboxing."
Guardian

"The shapeshifter born Sean Bowie turns out a funky, horn-filled J Dilla groove that transforms into a slacker-rock anthem about a rocky relationship"
NPR

"Gospel for a New Century may sound like a straightforward rock anthem, but the enigmatic title and propulsive production herald grander subjects"
Best New Track Pitchfork