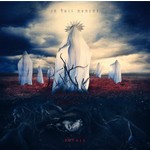 In This Moment
Mother

'Mother', the seventh album from In This Moment, follows 2017's beloved 'Ritual'.

Since coming to life in 2005, gold-selling hard-rock provocateurs In This Moment have presided over a diehard fan base under the watch of a similar "mother" figure, frontwoman Maria Brink.

Once again, In This Moment joined forces with longtime trusted collaborator Kevin Churko [Ozzy Osbourne, Five Finger Death Punch] in the studio. They pieced together a 14-track opus steeped in the lore they've created, yet indicative of another spiritual, philosophical, and stylistic evolution. Whereas Ritual hinted at a bluesy sonic sorcery, Mother breathes the activating mantra of an unbreakable spell.