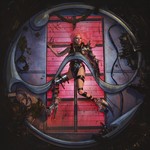 A criticism often levelled at Lady Gaga is that the fantastical imagery she constructs around her albums eclipses the music itself. But it's a sliding scale - and one that certainly mattered less when she was knocking out undeniable dance-pop party starters like Poker Face and Just Dance, or cementing her status as pop's freaky outlier on the twisted Bad Romance. That she appeared in alien-like form in that song's video made perfect sense: here was a chameleonic pop superstar in the vein of Bowie, Prince and Madonna opening a portal to an escapist dimension. Later, it made sense that she would lean into the imagery of hair metal on 2011's gloriously OTT, Springsteen-referencing Born This Way. Yet on 2013's bloated Artpop - billed as an exploration of the "reverse Warholian" phenomenon in pop culture, whatever that may be, and featuring at least one performance in which she employed a "vomit artist" to puke green paint on her chest - the aesthetic felt more like desperate distraction tactics.

But, as ever, it's all about packaging, and Joanne was as much of a pose as Artpop. In many ways, the ballad-free, dancefloor-primed Chromatica represents not only Gaga's most personal record, but her most straightforward. Obviously there's a conceptual framework - that title, despite sounding like a Mac software update, actually represents a planet anchored by equality and inhabited by "kindness punks" - but it feels much lighter than before. As Gaga said in a recent interview with Zane Lowe, she prioritised "simple messaging", a phrase that would have been reverse-Warholed up its own backside a few years ago.

Fun and dumb lead single Stupid Love aside, the majority of Chromatica's 13 short and to the point songs (ignoring three orchestral interludes that feel beamed in from another album) dig into the person behind the facade. On dark centrepiece 911, she details her reliance on antipsychotic medication ("Keep my dolls inside diamond boxes / Save 'em 'til I know I'm gon' drop this") over a chugging swirl of industrial synths, while opener Alice dismisses Gaga's damaging obsession with perfection over a sugary house confection. Babylon, meanwhile, buoyed by classic house piano and a soul-stirring choir, pulls off the very Gaga trick of conflating the big and the small, touching on the Bible, ancient mythology and, as she's done ever since the start, the complexities of fame.

The healing power of dance, cruelly frustrated by the current lockdown situation, rushes through the album like cheap poppers, with the 90s house pop of the Ariana Grande duet Rain on Me acknowledging trauma before dragging it on to a sticky provincial nightclub floor. The ludicrous Elton John collaboration Sine From Above - which, with its panpipe-inflected beat and unstoppable euphoric rush, would win Eurovision on any given year - digs deeper into this simple idea that music can soothe even the most damaged soul.

That song ends with an unexpected shift into cranium-rattling drum'n'bass, a fleeting taste of experimentation that feels oddly missing elsewhere. While some of Gaga's best work was made quickly, often on the road in tour buses, the songs on Chromatica were passed around from producer to producer apparently to free up the process. (Strangely, this is the first album not to feature Gaga as a listed producer, with the credits naming everyone from BloodPop to EDM producer Axwell to noise merchant Skrillex, while maximalist alt-pop producer Sophie - who confirmed her involvement back in 2018 - is noticeably absent.) At times, as on the generic Eurodance double-whammy of Free Woman and Fun Tonight, it means the songs feel overworked: sometimes their often short running times deny them space to breathe (the claustrophobic Plastic Doll). Sour Candy, a collaboration with K-pop girl band Blackpink, falls disappointingly flat: aiming for the sweaty throb of deep house, it ends up sounding like a dashed off, cheaply produced interlude.

Gaga is on much safer ground gliding around the joyous French house swirl of Replay, which has a startling lyric about burying trauma in graves and scratching at the dirt of her psyche. It's another example of how, after years of using her music to try to heal other people - be it her gay fanbase on Born This Way, or her family on Joanne, an album named after her dead aunt - Chromatica finally turns that gaze inwards without ending the party. Unsurprisingly Gaga's truest self was always going to be as loud as possible.