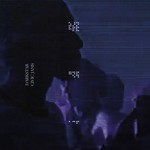 When Darkstar broke cover earlier in 2020 with the single Wolf fans of the group wondered if the wait for a follow-up to 2015's Foam Island might soon be over. Now, those suspicions have been confirmed - Civic Jams, Darkstar's first studio album for half a decade, is upon us.

Darkstar find themselves at once looking homeward and venturing further into their own psychic hinterland with each record. They've covered a lot of ground from the introspective expanse of their debut, to utopian visions of society and the unique dynamics of a pre-Brexit northern England. On their latest offering, home is within reach. Inspired by the intervening years, Darkstar aka Aiden Whalley and James Young show how the personal can be political and reveal more of themselves than they've ever done before. Imagine emotional realism built from spectral rave echoes, anchored in timeless songs of love and loss in the digital now and you've got it.

Civic Jams is a photonegative of a dance record shaped by a dialogue between shoegaze atmospherics and UK bass music's hardcore continuum.

Civic Jams is a brooding affair full of low-lit textures and quietly forceful songs. Vocals are hung at the edge of the mixes, a choice which makes them feel at once intimate and cryptic in a manner that is not dissimilar to the singing on Caribou albums. This feeling is only heightened by the nocturnal production Darkstar apply to the drums and synthesisers across Civic Jams.
Darkstar's idiosyncratic take on electronic pop music has positioned them as key voices within the scene for the best part of two decades.