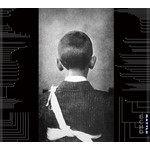 The originally audio for this album was recorded in 1983-84 and released on the Ode label as A Selection of Trouble Spots (1984). This album is a reinterpretation of the original multi-track recordings, which have been re-edited, added to, subtracted from, and generally reworked to produce similar but variously altered pieces.

Most of the track titles have been changed slightly from the originals to make a distinction between the 1984 and 2020 versions. Some, such as Double Circle and Through the Back Gate have merely been smartened up, but most of the pieces have been reworked. In some cases, such as Cats and Mice, Arkindarbha d'Geijan and Brian Tried, the changes are fairly extensive, but in each instance we remained faithful to the character and intention of the original works.

Trouble Spots is one of four inaugural releases to mark the launch of a new imprint, Rattle Echo. This new label will present New Zealand art-music recordings from the past that have either never been commercially released or made available digitally, or that simply deserve to be more widely known. These releases will, at the very least, be remastered, but where possible the recordings will be remixed, and in some cases reworked to produce similar but modified or updated versions of the original recordings.