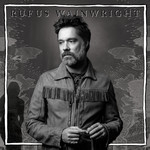 Inspired by middle age, married life, fatherhood, friends, loss, London and Laurel Canyon, Unfollow The Rules captures Rufus at a crossroads. Ready to tackle new challenges, yet compelled to confront his past, he's taking stock of two decades of running riot with rules, making sense of how he has matured as a musician and celebrating the contended family man he has become.

Unfollow may be a bookend to 1998's Rufus Wainwright - which saw the musician hailed Best New Artist by Rolling Stone - recorded in historic studios with strings, woodwind and some of the world's greatest session musicians, but sonically it's Rufus at his most focused and distilled. Much of the album was recorded live, often in one take. There is no instrumental excess baggage. Rufus' resplendent vocals are at both their soaring best and most exposed, throwing the focus on to his phrasing and allowing the melodies to unfold and take flight. Largely recorded at Sound City Studios with a cast which included veterans from Rufus's debut (notably drummer Jim Keltner), guitarist Blake Mills and pianist Randy Kerber, the sessions were unusually swift.

1. Trouble In Paradise
2. Damsel In Distress
3. Unfollow The Rules
4. You Ain't Big
5. Romantical Man
6. Peaceful Afternoon
7. Only the People That Love
8. This One's For The Ladies (THAT LUNGE!)
9. My Little You
10. Early Morning Madness
11. Devils And Angels (Hatred)
12. Alone Time