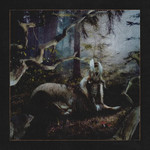 Includes an etched B-side and two songs not available on the original FEET OF CLAY release, "Whole World" and "Ghost".

FEET OF CLAY arrives after the release of Earl's Some Rap Songs LP, which earned critical acclaim from the likes of The New Yorker, Rolling Stone, The Guardian, Pitchfork, The Atlantic, NME and many more.