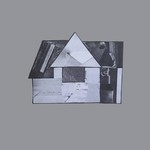 In the four years since 2016's critically acclaimed Love Songs: Part Two Romare has spent his time almost solely on the road - playing over 150 shows across the world. During the past few years Fairhurst has moved away from purely sample based music, developing his use of instruments and experimenting with different tools, both old and new, in his music.

Home represents his most intentional and direct nod to the dancefloor to date while retaining all of the signature melodic charm and sonic textures synonymous with his music.

The album follows his recent 12" single Gone, which Resident Advisor described as "An engrossing eight minutes of cinematic house music". It's a number which sets out the stall for the rest of this record perfectly - one that maintains the vibrant sampling of Romare's previous records while also reaching more readily for the soaring, sunset dance style of contemporaries like Maribou State.

The widescreen nature of many of these productions is apparent in the fact that only two tracks on Home clock in at under five minutes. Following in the footsteps of Gone, cuts such as High, You See and Heaven are sprawling joints that anchor themselves with firm house beats - though High runs slow enough to be comparable to the leftfield, lurching hip-hop tracks which peppered Romare's breakout records, a vibe that he returns to on Home's closing title track.

Indeed, the great respect that Romare has for the American black musical lineage is still very much present on Home. The River, for instance, throws both rolling percussion and jazz-tinged loops into the mix, while Deliverance returns to a vivid patchwork sampling style.

With euphoric, uplifting moments through to more meditative and melancholy moments Romare sinks into a warm, welcoming house sound on Home.