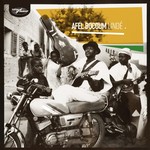 Playing and recording with Ali Farka Toure's legendary group ASCO for decades, Afel Bocoum released his first solo album Alkibar on World Circuit in 1999, propelling him to International recognition. He also appeared on Damon Albarn's 2002 Mali Music album and Damon Albarn along with Nick Gold are executive producers on this album.

Lindé covers many universal themes including nostalgia, climate change and industrialization, plus the importance of coming together at difficult times, which is particularly timely at the moment. The album also features Tony Allen, Joan As Police Woman on violin and Vin Gordon (The Skatelites) on trombone.