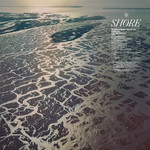 Shore was recorded before and during quarantine in Hudson (NY), Paris, Los Angeles, Long Island City and New York City from September 2018 until September 2020 with the help of recording and production engineer Beatriz Artola.

The fifteen song, fifty-five minute Shore was initially inspired by frontman Robin Pecknold's musical heroes such as Arthur Russell, Nina Simone, Sam Cooke, Emahoy Tsegué-Maryam Guebrou and more who, in his experience, celebrated life in the face of death. "I see "shore" as a place of safety on the edge of something uncertain, staring at Whitman's waves reciting 'death,'" commented Pecknold. "Tempted by the adventure of the unknown at the same time you are relishing the comfort of the stable ground beneath you. This was the mindset I found, the fuel I found, for making this album."