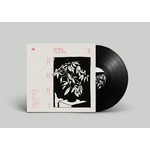 Following on from 2018's Tape 1 & Tape 2, Dutch producer and musician Eelco Topper returns to Soundway Records for the next two instalments of his Felbm project.

Tape 3 & Tape 4 is an intimate, emotional, lilting and melodic solo project with a restorative, therapeutic nature. They were composed and recorded by Topper with just those aspects in mind as a personal remedy for the ailments of modern life. With a breezy and soothing quality, these fourteen lo-fi, instrumental, jazz-infused sketches written on guitar, with cascading keyboards, vibraphone and drum machine, seem perfect for the second half of 2020, a year in which we could all surely use some curative and uncomplicated music.

With echoes of the dreamier end of 1980s English indie-pop, minimal ambient music and Brazilian bossa-nova, Topper's musical storybook includes touches of The Durutti Column, echoes of Ethiopian Tezeta, hints of Antônio Carlos Jobim and Baden Powell, whilst all set firmly in the summer fields of Germany and the Netherlands.