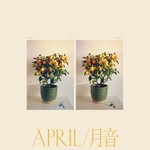 "The album was recorded over two weeks in February 2018 in the Creamery in Greenpoint. It's the fastest record I've ever made, which is ironic because its release was later delayed to accommodate a year's maternity leave. I produced it with Bea Artola and Dani Markham, who was in my US band and also played drums. Jeffrey Fettig, our guitarist, also engineered, and the rest of the players were mostly friends as well as musical collaborators. These sessions became a kind of goodbye, and I left New York for Hong Kong permanently a few weeks after they finished." - Emma-Lee Moss, London, July 2020