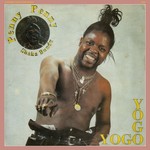 The rags-to-riches chronicle of Penny Penny's life would be remarkable if he had only released his smash debut Shaka Bundu and packed houses for a few years. But the inimitable South African singer and dancer known for his trademark top ponytail and emphatic anthems was no one-hit wonder. In the aftermath of Shaka Bundu's nationwide explosion, far beyond his country, the album resonated with ever bigger audiences. He performed up and down the continent, building fanbases in more than a dozen countries. So his sophomore album Yogo Yogo, released in 1996, solidified Penny Penny's standing in pop music nationally and provided new energy to his pan-African stadium-filling adventures.

Composed with Joe Shirimani, who also produced the album, the sound and compositional style echoes the earlier recording but the topical nature of the lyrics became more deliberate, more didactic.