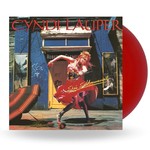 'She's So Unusual' is the awesome debut studio album by American singer and songwriter Cyndi Lauper, first released on October 14, 1983 by Portrait Records.
The album is primarily new wave-based, with many of the songs being influenced by synthpop and pop rock. Upon its release, the album received positive reviews from music critics, who noted Lauper's unique vocals. Lauper earned several awards and accolades for the album, including two Grammy Awards at the 27th Grammy Awards, one of which was for Best New Artist. She's So Unusual peaked at number four on the Billboard 200 chart and stayed in the chart's top forty for 65 weeks.