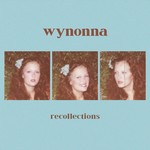 Recollections, the captivating new EP from Wynonna, marks both a literal and a figurative homecoming for the GRAMMY-winning songstress who recorded much of the collection while quarantining on her Tennessee farm in the midst of the COVID-19 pandemic. Forced off the road for the first time in years, she found herself reconnecting with her roots as she sang once again for the sheer joy of it, performing a series of loose and lively covers with her husband, former Highway 101 drummer, multi-instrumentalist and producer Cactus Moser.

Wynonna first rose to fame as one half of legendary country duo The Judds, which she launched with her mother in the early 1980s. Over the ensuing decade, the pair would go on to release six studio albums that would yield an astonishing five GRAMMY Awards, fourteen number one singles, and sales in excess of 20 million records. In 1992, Wynonna embarked on a solo career with her five-times platinum debut, which established her as a critical and commercial powerhouse in her own right.

Despite all her success, Wynonna grew understandably weary of the music business, and after more than three decades she decided to embark on a new chapter in 2019, starting over fresh and signing with stalwart indie label ANTI- Records.

Recollections features performances of "I Hear You Knocking" by Fats Domino, "King Bee" by Slim Harpo, "Angel From Montgomery" by John Prine, "Feeling Good" by Nina Simone and "Ramble On Rose" by the Grateful Dead.