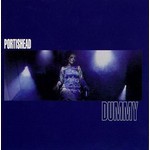 Named for a town near Bristol, England, Portishead are a British dance band that grabs ideas from all over the mod pop world (spaghetti Western guitars, turntable scratching, melancholy soul vocals, atmospheric organs, house beats) and stirs them into spacey, dub-like productions that sound like a dance club in the middle of a "Twin Peaks" dream. You could call it surreal hip-hop pop. But if the beats on the band's debut album achieve a kind of trance-like static, the songs themselves reach for something more rousing.

Winner of the Mercury Music Prize in 1995, Dummy has stood the test of time as one of the essential musical masterpieces of the British Trip Hop movement, for lack of a better term.