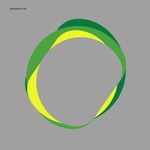 A surprise album from the seminal electronic group...
I really dislike analogies. They never really work and are shorthand for something that is plainly obvious. So, it saddens me to use one here.
Takes a deep breath and apologies to everyone beforehand...
Autechre albums are a bit like buses. There isn't one for seven years and then two come along at once.
Their first new album, 'SIGN', had a punishing vibe to it, that was totally captivating. The music wasn't claustrophobic. It gave itself, and the listener, room to breathe and move. There is a tenderness to it that has been missing on previous albums. The songs are also more melodic and less glitchy. Rob Brown and Sean Booth allowed you to settle into the tracks before they started twisting the screw. There was also a heady optimism to it, that was at first hard to get your head round. But I guess it had always been there, just smothered under catatonic beats and basslines.
So how does this new album, 'PLUS', compare to its sibling? This is more like the Autechre of old I feel in love with as a teen.
The first thing you notice is how abrasive it is. On 'SIGN' Brown and Booth went out of their way to iron out the creases and made everything sound, and feel, pristine. Here they're letting all the jagged edges hangout. And 'PLUS' benefits from it. 'DekDre Scap B' kicks the album off with scratchy percussion, juddering basslines, and haunting synths. It's ungainly and ill formed in places but is a total banger for it. This collection of songs wouldn't work if they were hemmed in. Instead Brown and Booth open the cage doors and let them run free.
Album closer 'TM1 open' does just that. At 11-minutes it is the third longest song on the album, but it is the most immediate. At its heart 'TM1 open' is a slavering grating acid techno beast. The beats are brusque but it the caustic acid tweaks that really make the track. They dance all over the shop with wild abandon. What's more impressive is that Autechre choose to end the album with this kind of unabashed joy. But they do. And it works.
The album ends with a wonky spring in its step. It makes you want to press play and relive the whole thing again. The album isn't all acid drops though, there are some sombre moments. 'marhide' is effectively a low tempo number that is build round blips and synths that sound of gas escaping. It is one of the most evocative tracks on the album. It doesn't do a great deal, but it is a devastating listen none the same. 'lux 106 mod' is another sombre affair. As the tones intertwine a feeling of uneasiness sweeps over you.
If 'SIGN' was Autechre being upbeat and hopeful, 'PLUS' is, well not the opposite, but delivering what we expect a new Autechre album should sound like. The beats and the synths are fractured. Everything has a stutter beauty to it. However, it is unfair to compare 'SIGN' and 'PLUS', in the same way it's unfair to compare any two albums that are released in quick succession to each other. Radiohead's 'Amnesiac' was unfairly maligned due to 'Kid A'. Both are solid albums, but they aren't about similar things. The same is true of 'SIGN' and 'PLUS'. On 'PLUS' Autechre are relishing making something both abrasive and corrosive.
When you listen to the albums back-to-back you get a better idea of who Autechre are and how they see the world. Yes, it is a wonderful place full of natural beauty and hope, but it is also dank and skittering full of people who only care about their self- interest and petty squabbles. Both of which Autechre have captured in exquisite detail.
8/10 Clash