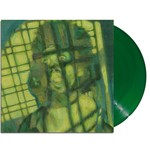 On Sundry Rock Song Stock, Yves Jarvis continues to refine his creative approach to the core of his being, where music and life intertwine in harmonious fashion. His latest album fuses genre elements into a symbiotic relationship where wistful folk, tender R&B, pastoral prog, and musique concrète experiments feed into one another to grow lush new forms. Though he maintains an air of mystery with his lyrics, Jarvis's whisper-soft words can be interpreted as both deeply personal and politically motivated in ways we haven't heard from him before.

Since his earliest home recordings, Jarvis has taken a Sun Ra inspired attitude with windows left wide open so every sound that filters into his songs becomes part of them. However, he also approached this album with a newfound sense of intention, drawing on the meticulous methods of progressive rock groups King Crimson and Yes, whose epic compositions conjure the vast landscapes of the British countryside. "Their music is not really songwriting," says Jarvis. "It's cycling motifs and vignettes. I think of it like a room that you can walk into and then out of."

Resuming the practice of colour theory that informed his 2017 album Good Will Come To You (morning yellow optimism) and 2019's The Same But By Different Means (midnight blue contemplation), Sundry Rock Song Stock is infused with the natural state of green. As Jarvis explains, it's the colour he most closely connects to his personality, moving beyond an aesthetic attraction into feelings of wildness, boundless energy, and an anti-establishment streak permeating his 23 years on the planet.