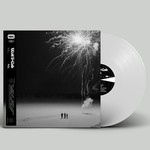 Where Heavy Weight hinted at the band's ability to traverse tougher terrain, NIL sees the band gravitate away from previous psych-rock offerings in favour of a masterful and revelatory heaviness

Produced by the band and released on bandleader Joel Byrne's own label Part Time Records, NIL was recorded in Sydney at a variety of locations across a protracted timeframe. The album is crushing in its intensity as Wolf & Cub embrace the freedom that comes with starting again and the confidence that comes from experience.