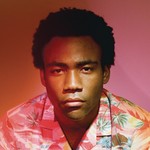 Childish Gambino
Because The Internet (LP)

Because the Internet is the second studio album by American hip hop recording artist Donald Glover, under the stage name Childish Gambino.

Recording primarily took place at a mansion owned by basketball player Chris Bosh, which Gambino rented. Because the Internet features guest appearances from Chance the Rapper, Jhené Aiko, and Azealia Banks, with production primarily handled by Gambino, Stefan Ponce, and Ludwig Göransson, among others.