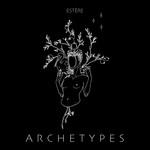 Ever since Estère spoke to her grandmother about Carl Jung and his concept of archetypes, the Wellington-based producer knew the direction her next album would take. Fascinated, Estère dedicated herself to creating a record based on Jungian theory, devouring five books and filling six notebooks with ideas, brainstorms and eventually the material that appears on her third masterful record, the concept-album Archetypes.

Estère's Jungian obsession dominated her sleep, creating bizarre dreamtime scenarios featuring encounters with cheetahs in a garden or sea creatures in a flood, while others revolved around delivering life into the universe and the massive task of guardianship over these beings - the instinctive selflessness of motherhood. Other dreams depicted violence and killing of the other; in some, Estère saw herself as a boy or a man. The imagery and meaning in these dreams have been incorporated into the archetypes that are featured on the album.

Archetypes is a departure from the bedroom beats of Estère's previous two albums. Coproduced with Massive Attack producer, Stew Jackson, each track on the album comes alive through the Wellington-based artist's deft production. Defying categorisation, her music is a mixture of folk, R&B and electronica, blended in a unique fashion, easily identified as 'Estère'.

Archetypes is the sound of an artist who has actualised their full potential. Breathing life into narratives that marry the acutely human to the achingly mythic, Estère's highly-anticipated third album brims with imagery and sonic amalgamations that merge culture, language and legend.