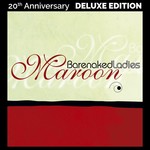 $80.00 In stock with supplier
ETA: 2-5 business days add to cart more by this artist

Over the course of their remarkable career, Barenaked Ladies have sold over 15 million albums, written multiple top 20 hits (including radio staples "One Week," "Pinch Me," "If I Had $1,000,000"), garnered 2 GRAMMY nominations, won 8 JUNO Awards, had Ben & Jerry's name an ice cream after them ("If I Had 1,000,000 Flavours"), participated in the first-ever "space-to-earth musical collaboration" with astronaut Chris Hadfield, and garnered an international fan base whose members number in the millions. In 2018, the band were inducted into the Canadian Music Hall of Fame and Toronto Mayor John Tory declared October 1st "Barenaked Ladies Day."

Features the classic hit singles "Pinch Me", "Too Little Too Late", and "Falling for the First Time," along with rarities, B-sides and demos, including an alternate version of "Green Christmas".

A1. Too Little Too Late /
A2. Never Do Anything /
A3. Pinch Me /
A4. Go Home
A5. Falling For The First Time
B1. Conventioneers
B2. Sell Sell Sell
B3. The Humour Of The Situation
B4. Baby Seat
C1. Off The Hook
C2. Helicopters
C3. Tonight Is The Night I Fell Asleep At The Wheel
C4. Hidden Sun
D1. Powder Blue
D2. Inline Bowline
D3. Born Human
D4. Falling For The First Time (Demo)
D5. Green Christmas (Alternative version)